Is This A Housing Bubble?

From The Desk Of Cody Sperber:

Ready for another awesome work week?

I know I’m raring to go.

I asked what he meant and he explained that it feels like we’re in a housing bubble right now.

And it’s not just the US.

You see right now according to no less an authority than Bloomberg ranks New Zealand, Canada and Sweden as the most bubbly real estate markets worldwide using 5 factors including price to rent, price to income and house price growth.

And yes the US and UK are right behind making up the top 5.

According to top economist Niraj Shah “A cocktail of ingredients is sending house prices to unprecedented levels worldwide, record low interest rates, unparalleled fiscal stimulus, lockdown savings ready to be used as deposits, limited housing stock, and expectations of a robust recovery in the global economy are all contributing.”

And it’s NOT just the housing market.

In the stock market we now have the lowest amount of short activity or stock traders betting against stock prices going up since 2007.

That means even the institutional investors, hedge funds and super smart quants are ALL betting on the stock market continuing to go up.

In the longest bull market in US stock history…

Which goes against all historical precedent.

History tells us every 20-30 years we have a stock crash.

All within the last 30 years.

I’m not trying to scare you, but if you’re JUST paying attention to the housing market bubble, you might not be paying enough attention.

Remember this all came from a person who KNOWS things…

I’ll talk to you soon about what you can do to protect yourself, but for now you need to understand that it’s not just housing that’s going crazy right now.

Did you know I wrote a book ?

It’s called  “How To Flip Houses With Little Or No Money?”

And it’s all about the mating habits of dinosaurs…

It’s all about how to find and flip houses when you don’t have a ton of CA$H.

In the book I’ll show you:

Get it for free here.

Just another perk of being a member of the Clever Investor Newsletter.

Membership has its privileges.

This week our recommended reading is “Pre-Suasion” the follow up to the classic persuasion book “Influence” which mapped out influence tactics that are now regarded as commonplace marketing ideas such as social proof, liking and reciprocity.

In the followup to “Influence” Cialdini a professor here in Arizona at ASU focuses on influencing by capturing and channeling attention.

It’s a subtle but VERY important distinction for understanding this book.

There’s a bunch of other great examples of pre-suasion in the book that will help you to set up the proper conditions to influence anyone.

Check out “Pre-Suasion” by Robert Cialdini anywhere books are sold.

Today’s student success story comes to us from Dan and Alysa in Michigan who recently closed a couple of big deals.

“Hey Clever Family, my name is Dan and I’m Alysa and we have a couple of deals we want to share with you.

We sold it within the first week of putting it on the market.

And that was our very first deal.

We’re so grateful that we’re able to do this but we also want to recognize the Clever Family, Cody and all his associates who are always there to help us.

Lastly we want to encourage you because Alysa and I have had some times where we wondered if this was going to work but if you stay with it and work hard and do what you’re told, good things are going to happen.

Stay strong and don’t give up.

It’s always great to hear about investors getting deals done, especially in this market.

That’s gonna wrap it up for this week.

Take care and comb your hair.

Cody Sperber and The Clever Team. 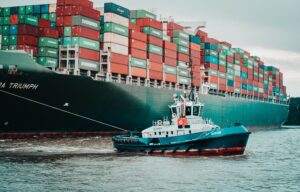 The CPI is 4% Higher Than Last Year

From the desk of Cody Sperber: Happy Monday Clever Investors…I’m writing you from sunny Cabo San Lucas where me and 25 others 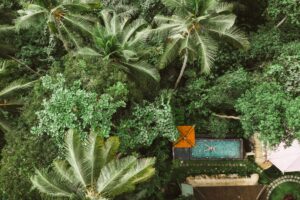 From the desk of Cody Sperber: Well…October is off to a great start.  We are on track to do $300K plus in 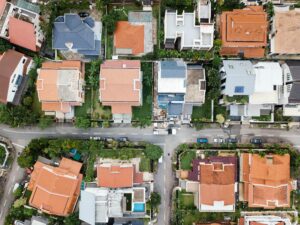 Can you really get free houses?

From the desk of Cody Sperber… Happy Monday Clever Investors…man I freaking loooooove Mondays.  Actually I love any day that I’m alive