Have you read Think And Grow Rich by Napoleon Hill?

Gurus tell you to. But only so they don’t have to actually think about it.

I can think of about 900 better “thoughts = things” books just off the top of my head.
One common thread I see through them all is the power of gratitude.

It is officially Black Friday Day week. And Thanksgiving : ) Just kidding. It’s
Thanksgiving week. This year more than ever before, we need to give thanks.
Inflationary Friday and Corona Christmas may very well depend on this.
Because what I’ve discovered is the following Einstein level theory of thankfultivity:

Quantity of Thanks = Cash Balance in Banks

A. You currently have 700 billion like-minded friends. You could (but maybe not
should) be thankful for this. I’ll leave it up to you.

B. No matter where you are at or what you have, it could always be worse …

You could be dead. That means you have something to be thankful for.

Being alive is better than being dead. If you’re currently depressed and don’t agree
with that, do something you may have never done before; Imagine yourself not
existing. It’s impossible really, but try it.

Close your eyes and really try to picture yourself not existing. It’s an enlightening
exercise.

Just try it. I don’t have time to explain why all these things work. My point is to start
being thankful for all the good things in your life, no matter how little they may be.
If for no other reason, it puts you in a state to begin to be able to afford Christmas –

Gilbert Chesterton said that “thanks is the highest form of thought.” I promise you
this much: If you are not thankful for what you have now, you will most certainly

never have more to not be thankful for then. So if for no other reason than logic’s
sake … be thankful.

One side effect of being thankful is it trains your mind to look for the good in
things. It helps change your attitude from negative to positive. People buy things
from people they know, like and think are happy about selling stuff that doesn’t
suck.

Me personally, I thank God for everything I can think of every single day. But you
can thank whomever you want. Thank the moon, the universe, your self, Satan,
whatever. You do you. The important thing, for now anyway, is that you start
looking at the sunny side of things.

All day long I thank God for stuff. As I get in my car I thank him for my car. When I

What you focus on expands.

So let’s say you have ten dollars in the bank. You have two ways to look at it …

1. “I have ten dollars. Thank Satan I can eat tonight!”

#1, while ultimately leading to hell because you thanked the epitome of evil,
wisely focuses on what you do have. You can expect that ten dollars to eventually
expand.

#2 is foolishly focusing on what you don’t have, which doesn’t even exist if you
think about it. So you can count on that nothingness to expand, including your
level of insanity.

“Gratitude is a sickness suffered by dogs.”

See what I mean? Don’t be like him. It didn’t end well. I think. Who knows these
days. He’s probably alive and well partying with Bin Laden and the aliens on a
secret island off of Antarctica where the party REALLY is.

Action Step: Keep a notebook by your bed. Every night write down three things
your thankful for about that day. Once a month or so write down every thing you’re
thankful for in life PERIOD. List everything you can possibly think of. Talk about
re-wiring your mind! This is a major blow to your inner Negative Nanny.

Have a great week. On Thanksgiving Day, I am going to be thankful for a lot of
things. You are one of them. That day. Friday I’ll be busy supporting the last
few weeks of brick and mortar retail existence and Monday I’ll be cyber-celebrating
the e-commerce takeover and the ushering in of the new 100% digital / virtual
era.


P.S. Speaking of Black Friday and Cyber Monday, Clever Investor is going
darker and deeper into the Cyber Blackness than ever before. You’ll barely need
a credit card. I mean have it handy, but … everything must and will go.

I struggled for almost 2 years without closing a single deal until I finally realized I needed some 1-on-1 help.

But once I finally humbled myself and found my mentor, that’s when everything changed.

Likewise, if you’re at a point in your journey where you’ve been struggling for a while and you know it’s time for a change, I invite you to work directly with me and my team by applying here:

We get results PERIOD. 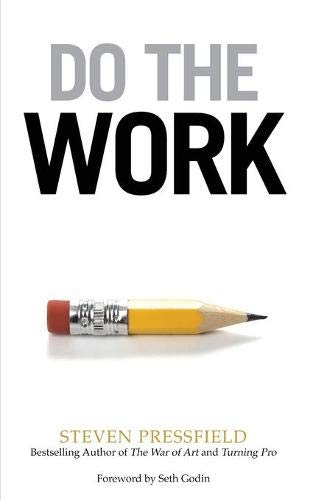 This book is all about overcoming resistance and getting out of your own way.

Do you find yourself unable to finish a project?

Maybe you want to write a book, start a new business, or do 10 new deals next year.

As you begin your new project, fear begins to seep in and you begin to self-sabotage.

You procrastinate and begin to engage in self-doubt and these demons prohibit you from achieving your goals and pursuing your dreams.

Unfortunately, many of us find ourselves in this position quite often.

But where does this inner resistance come from and why is it consistently stopping us from accomplishing more?

Throughout Do the Work, Steven Pressfield aims to teach you everything you need to know to identify these causes of resistance and how to stop it from taking over.

You’ll learn various techniques you need to overcome the resistance, get back to work and finally turn your dreams into a reality.

As you read, you’ll learn how arrogance and ignorance are your allies, you’ll discover how to slay a dragon, and begin to understand why failure leads to success.

It was a sunny, warm Sunday morning in late 2019. I was putting together some stats for my job when it came to me – I need to get more in charge of my own destiny. I decided I was tired of working for someone else. I have always remembered what my grandfather told me during his final days here on Earth. My grandfather said, “Pete, you need to remember to floss your teeth and own real estate”. I rediscovered a book I had read during college, Rich Dad Poor Dad by Robert Kiyosaki. This leads me on the search for a true mentor. I found Cody Sperber. I took Cody’s 30 day challenge. I used my trained student skills and soaked up all that Cody said to do.

I found a listing on Craigslist, called the number for the property and it was another wholesaler. I spoke to her about what they were looking for and explained that I had a buyer that may be able to deliver what they want. At that time Shane was my only buyer on my list. Shane asked me for details, photos of the inside of the house, and what would be the seller’s bottom price. I called Shane back with all 3 deliverables within a couple of days. We did go back and forth a few times, but eventually, we all shook hands and signed a P&S agreement. All told I had about 2 hours into the deal. What I was was the bridge between the seller and the buyer. The house seller got her price and enough time to pack up and move out. We the investors all made a profit. All in all it was a win-win-win-win!

Thank you Cody for the guidance, Peter McKesson. 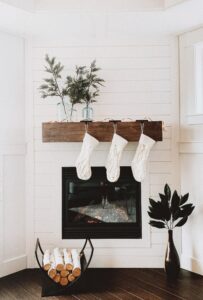 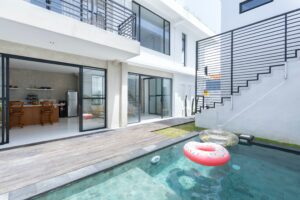 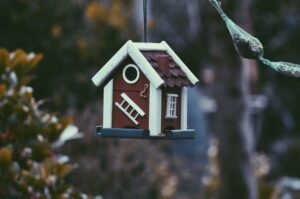