"The quality of education is top-notch. Cody and the Clever Investor family, actually care about you."

HEAR WHAT CLEVER INVESTORS ARE SAYING ABOUT US

“Thank you very much for everything you have done for me. I can’t begin to tell you the knowledge I have gained from the program that Cody has put together.”

“Cody laid it all out step by step. It was not like your traditional guru. He’s more of a do-ru. He does this every day.”

“I could not have done it without Cody. I was with another mentorship program and felt like I wasn’t getting anything out of it. Now my business has taken off..”

“Nobody is training like this. There’s a wealth of knowledge and Cody thinks way outside the box. He’s good, scary good…”

READY TO TAKE CONTROL OF YOUR FUTURE?

“This works, I’m proof of that. I’ve recommended it to my friends, family and anyone who wants to try this.”

“Their customer service is amazing the they’re the best program real estate investing company in the nation.”

“If it wasn’t for Clever I wouldn’t have gotten this deal. Within twelve hours I had three offers and we closed.”

OUR STUDENTS LOVE US

“This stack of cash took about three hours. It takes the learning curve out of it. Just use what’s there.”

“Big shout to Clever Investor. I have some more deals in the works. You just have to rinse and repeat.”

“I recommend them to anyone interested in hands-on training. I couldn’t have done it without them.”

Tom started his journey with a background in architecture. Even though he had experience with houses or buildings he was unfamiliar with real estate investing and where to start. As a mentoring student, he successfully completed two deals within two months and looks forward to his future projects on the horizon.
START YOUR JOURNEY NOBODY HAS MORE SUCCESSFUL STUDENTS

Clever Labs was a game changer! So much energy, so much information, so much knowledge!!! Met a lot of great people and had a lot of fun, but really got down to business, too! Thanks, Cody... you and the whole Clever Investor Team are the best!
Michelle R.

My motivation for doing my first flip was family. We wanted to be able to pick our schedule a little bit better. My husband was working 90+ hours a week, and I was able to help him out by off-setting some of the work that needed to be done. My first flip changed my family's life from the realization that we could actually do this and be successful.
Jennifer W. Texas 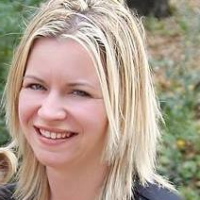 The Fast Track Profit System is what taught me everything on how to invest in real estate from scratch with no real estate background. In a matter of a few days you can be completely up to speed and start going to work. Fast track was the foundation I built my business on, and played a vital role in getting me to where I am today.
Logan H.Florida 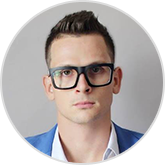 Closing my first deal was amazing and greatly impacted my life. My first deal was a $10,000 wholesale deal. Last year I made $20,000 for the entire year working construction for my father and I already have earned half that in a months time!! Before my first deal (I was) laid off from work... it is such a secure feeling to have that $10 thousand in my account and not have the stress of living paycheck to paycheck to provide for my wife and kids and to barely get by. So ever since I have closed my first deal... life is so good!
Joe H.Idaho 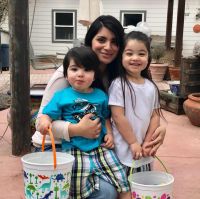 ello, this is Wei C with 716 Estates. The Fast Track program really gave me the proper education that builds your knowledge and terminology as a real estate investor. I remember taking 20 full pages of notes to make sure the material sinks in. So the right education is there, you DO have to put in the hard work and time to learn the information. I also remember sacrificing my Friday and Saturday nights instead of hanging out with friends to learn the material and apply it to the real world. So if I can learn and use the Fast Track Program, so can YOU!
Wei C.New York 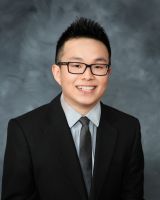 The Fast Track really put us in the driver's seat for our business. It took us through the process step by step and gave us the confidence we needed in getting that first deal. If you want to get moving quickly, whether you are a rookie or a seasoned investor looking to step up your game, Fast Track is the way to go. One of the very best decisions we ever made.
Pete & Jessica R.Colorado 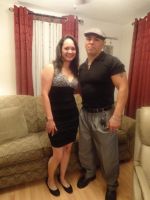 Thank you to everyone who’s helped me every step of the way. Especially my mentor Nancy!!! This deal was a tough one, but she made sure I never gave up! I’m forever grateful for my mentor and all of the Clever Investor team! WOOHOO!!!
Ana A.New York 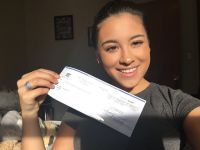 We have closed on our first rehab project with a profit of 29,000 and change. so excited and thanks to everyone who is so very helpful at Clever Investor and Nancy our Mentor who helped us all along the way. We are now onto our second one now!!!
Scott Z.Connecticut 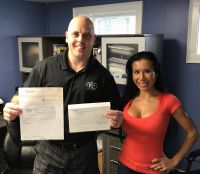 Man, what an experience getting that first check was! For me it really was surreal. I had seen videos of Cody flapping those checks around for almost 2 years on social media saying "YOU CAN DO THIS TOO!!" but for it to really be real and be in MY hand.....WOW. It not only reiterated my confidence in Clever, but ignited my confidence in myself. "I CAN DO THIS. I WILL DO THIS. I WILL NOT BE STOPPED!
Daniel S.Washington 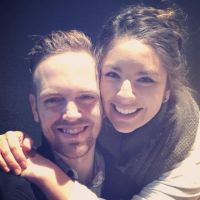 Fast Track Profit System provides me with the tools and resources needed to succeed in real estate investing! I followed directions laid out in the training and.....BOOM! The checks started coming in. Cody and his team did an extraordinary job of putting together an outstanding, user-friendly product!
Eddie P.Texas 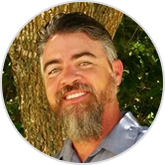 The fast track profit system is unlike any out there. Cody breaks things down into simple, actionable steps and really takes you from knowing nothing to being able to run your wholesaling business. The things he teaches are super ninja tactics to get deeply discounted deals and then what to do when you get them under contract. I recommend his Fast Track program to anyone, anytime, anywhere!
Ben S.Kansas 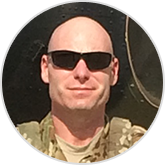 In the short amount of time Eric Stevens has been my mentor, he has demonstrated that his knowledge and experience of real estate investing is very extensive. The tips and strategies he has provided would have taken a long time to figure out on my own. Eric’s guidance and inspiration in learning this business makes him a great asset both on Cody‘s team and to have in your corner.
Lenny C.Arizona 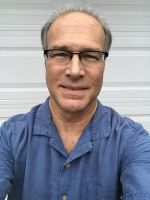 When I closed my first deal, I felt free. I felt like everything my family was saying to dissuade me from my dreams had been completely shattered. My hard work had paid off, and I realized that I could do this for the rest of my life because there is no feeling quite as exhilarating as proving to yourself that you can do something that will inevitably change your entire life. The reward is well worth the initial struggle.
Emily C.North Carolina 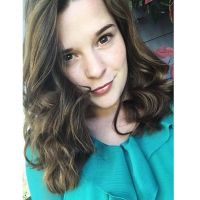 Thank you Clever Investor for teaching me what I need to do everyday in order to build my wholesaling business. Before joining the program I closed 2 deals in 18 months and made less than $2,000 total. I was a struggling real estate investor. With Clever Investor and Cody Sperber in less than 30 days I closed my first deal made $9,160 and I have 2 more deals in escrow totaling $9,500 more coming. The teaching is top notch and I owe a lot to my mentor Dave Ludena for his guidance and knowledge. Thanks again from a happy Real Estate investor.
Alain B.Illinois 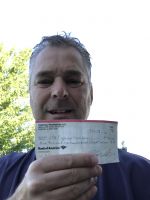 I knew nothing about real estate investing when I signed up with Clever investor. The team helped me to learn the basics and processes. There was a week by week game plan from day one to progress towards my first deal. Being new to this, there was lot of gaps, but the team helped to bridge the gaps and provided true support. Cody has all the resources required for a real estate investor in one place.
Mahesh S.Texas

I can manage my entire business in the Deal Automator, it's awesome! It produces the websites for me, it holds all of my leads, all the notes on them, you can analyze your deals, see what kind of profit potential is on them, you can see if it's a deal or if it's a dud. It's basically like a business in a box, it's super awesome! It saves you a ton of time and freedom... It's got the squeeze pages, auto-email templates, everything's already made for you so it's killer, I really dig it!
Jaromy T.Washington 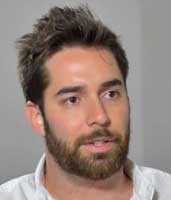 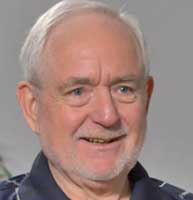 I am glad I found the Clever Investor team. They have good online materials to help with our investing education. Alice and Matt were particularly helpful each week with their expertise in guiding us with all real estate experience, and handling all of our questions in a great interactive format that addresses any personal roadblocks we may encounter as students.Nancy, my personal mentor, was genuinely interested in my success, and provided real life help for me as I flipped my properties. She helped me on my first flip that netted me over $70,000. Thanks to the Clever team.
Greg B.North Carolina 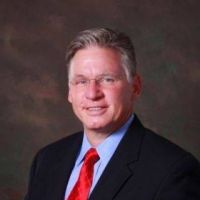 Previous
Next
GET STARTED HERE

JOIN OUR COMMUNITY OF CLEVER INVESTORS

All of our students started right where you are. They wondered if real estate was right for them and if they could do it. Hear how they broke through using our training, community and support. Just like you can!

How Craig Gets Realtors to Send Him Deals Every Week!

Boston Investor Moves to Nashville to Invest in Real Estate

Young Investor Negotiates his Way To 2 Deals with Clever Investor

One of Clever Investor's Youngest Students Closes his First Deal

Clever Investor Student finds a Gold Mine of Properties

How 20 Yr. Old Austin Travels the World While Investing in Real Estate

Watch Manuel Save his Wholesale Deal when it was Falling Apart

Medical School Dropout Flip Properties Without Using His Own Money

Clever Investor Mentoring takes this Student's Business to the Next Level

How to Use Direct Mail Marketing to Close Real Estate Deals

Clever Investor Had My Back!

Clever Investor Student Closes his First Deal and is Ready to Close More!

How This New Investor is Becoming a Real Estate Expert

How Stacy Became a Full Time Investor with Clever Investor

Minnesota Investors Cash in on their First Deal Together

Clever Investor takes this Louisiana Mentor Student under their Wing

Texas Investor Flips a House with Help From our Mentors

Dallas Investor has a Phenomenal Experience with Clever Investor Mentoring

Houston Texas Flips his First House After Years of Trying

From Flipping Printers To Flipping Houses
«
Prev
1
/
2
Next
»

GET STARTED HERE
Scroll to Top 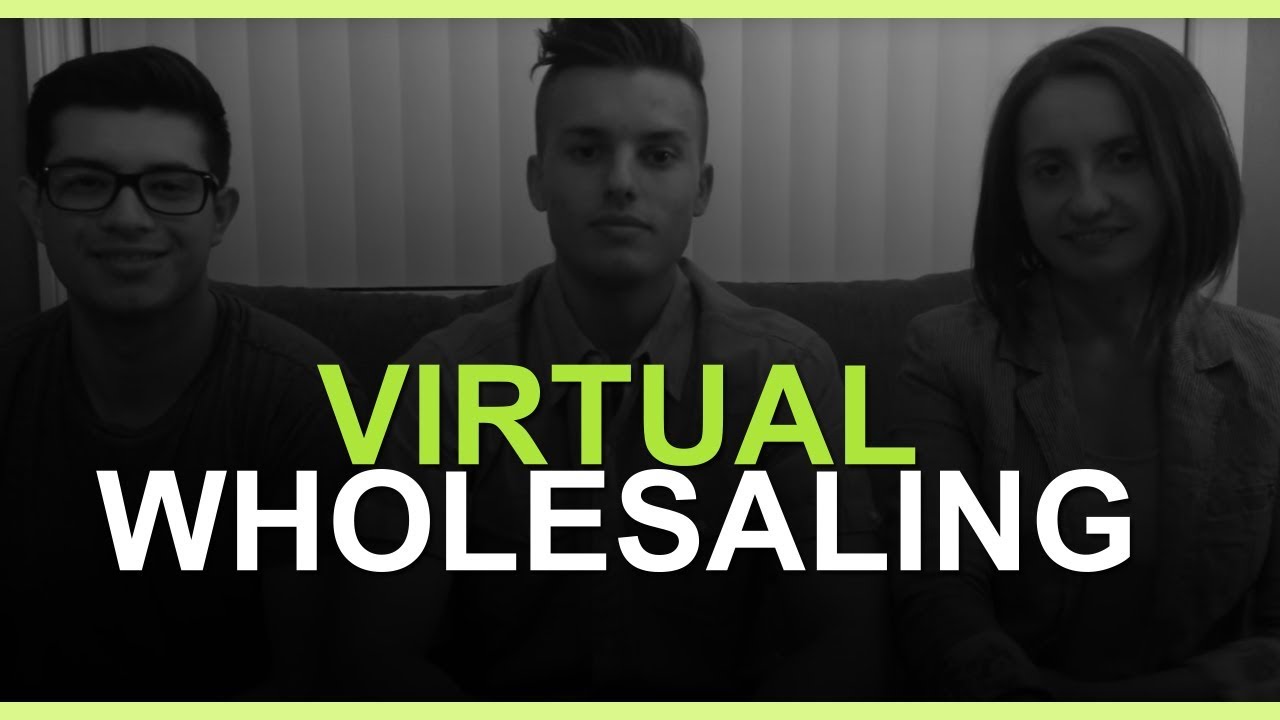